On the last day of my 8 days long trip to Tehran in the last week of November, the foreign exchange rates in the market dropped below the support level of 120,000 rials to a dollar as foreign currency rates continued to decline in the open market. US Dollar was traded between 112,000 to 118,000, while Euro was traded at 1370,000 rials and Dirham at 33,000, both down from the previous week. Noting these and other developments, Governor of the Central Bank of Iran Abdolnasser Hemmati, has been quoted to say, “Market indices suggest that the forex market seems to be moderating first time after the Nov 4 renewed US sanctions. The country should step into an economic boom.”

Earlier, the Trump administration had on Nov 4 unveiled the full extent of its new sanctions on Iran, with targets including 50 banks and their subsidiaries, the national airline, and 200 members of the shipping industry and vessels. However, the sanctions fell short of the US’s aim of cutting off Iranian oil exports entirely. Eight countries, including Tehran’s biggest customers, were granted temporary waivers: China, India, Italy, Greece, Japan, South Korea, Taiwan and Turkey. 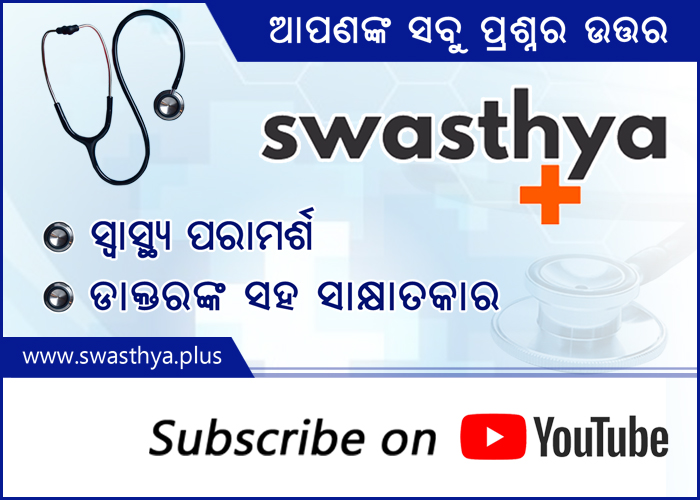 Boom may be an over-estimation by the Central Bank Governor, but the spirit encapsulates the spirit of defiance among the Iranian people today and the resilience of the Iranian society to look inward and create domestic market strong enough to sustain the 82 million citizenry with 75 million cell phones, a hundred percent literacy, school education being legally compulsory and provided free by the government.

The unemployment rate which was around 9% at the start of 2018, dropped to 11% today, after renewed stringent sanctions targeting to choke oil and natural gas sales of Iran. The common Iranian is surely both a bystander and a victim in America’s expanding drive to immobilise the Iranian economy through sanctions. His concerns are usually two folds: how to find the medicines someone in the family needs for a severe heart condition and how to transfer his money in and out of Iran. While Iran produces 98% of the medicines it needs (all are generic), the high-end 2% are to be imported hit hard by sanctions. No international commercial bank will touch money linked to sanction Iran, and that is a crisis for those in exports, imports, outsourced skilled work and expats.

Tehran has excellent modern hospitals, oases of calm amid the cacophony of Tehran’s streets, and public healthcare is free along with generic medicines, but that still leaves many severe ailments unattended.

Further compounding the situation is a decision by Swift, the international banking payment system based in Belgium, to avoid Iranian products under US pressure. The good news is that the Bank of Kunlun of China has resumed banking ties and it would apply to merchants and Iranian expats and students based in China, but not to tourists and visitors.

The US national security adviser, John Bolton, had said earlier that the extreme pressure is designed to make the people squeak, and revolt against the Islamic State regime in Iran, the signs of which are still not seen in the horizon though.

The economic crisis is playing out across Tehran. Tehran housing market has been gripped by stagflation, with home deals falling 53% as prices rise 97%, as per a Financial Tribune report. Annual inflation – if the figures put by The Guardian are credible – is about 37%.  As a result, as many as 3 million of Tehran’s workers now live miles away in satellite cities. In the Grand Bazaar, the carpet salesmen say their shops are empty as the collapse in the rial hits their trade. But they remain pragmatic.

But even the affected people are with their government against US-Saudi Axis, and expect a lot of support in various forms from the East, as they talk about India, China and Russia. Most people I talked to see no evidence that the sanctions will trigger an uprising, which appeared to be the thinking behind Donald Trump’s Game of Thrones-themed tweet announcing “Sanctions are coming. November 5.”

The IMF projects the Iranian economy to shrink by 1.5% this year and by 3% next. In May, before Trump announced sanctions, the IMF had projected 4% additional growth. But what it does not say is that the current GDP growth rate of Iran is a healthy 8%, even after the sanctions, and the World Economic Forum places Iran globally at the 63rd position in economic terms. With 10th position in minerals across the world, producing 1.2% of automobiles and 1% of steel of the world, apart from 1.8% of cement globally, Iran is well placed on some measures.

The nation with 12 million graduates out of 82 million people, 4th largest engineers’ pool in the world, with 5 million currently studying students, cannot be wished away even in the context of human resources. Independent observers and Iranian social scientists do not see the nation imploding politically just because US-Saudi axis wishes so.

The imposition of sanctions on Iran was designed to curb its so-called “outlaw behaviour” because President Trump said the Joint Comprehensive Plan of Action “cannot prevent an Iranian bomb” which was signed in 2015 wherein Iran agreed to every term on the nuclear issue that the five permanent UN Security Council members, Germany and the EU dictated. But the International Atomic Energy Agency, the UN body policing the agreement, has verified repeatedly that Tehran has complied with its terms. European co-signatories agree. Meanwhile, Trump has continued boasting of progress with North Korea, which already has a nuclear arsenal and is unlikely to reduce it. This is not about upholding rules and commitments; it is about imposing might unilaterally, and this is clear to the so-called Allies of the West, surely shunned by Russia, China, India, Venezuela and many others even in Europe.

The US administration sees ordinary Iranians as an instrument for regime change, but no signs of that on ground. Alongside, “ghost shipments” and barter with countries such as China, Russia and India will probably keep Iran going, and while Iranians will face real hardship, some are more likely to flee if at all than rise against a repressive regime.

Many Western observers including media positions, as that of The Guardian, say there is no point maintaining a treaty when the other party is not living up to it. “More significant surely is the hawkishness of secretary of state Mike Pompeo and national security adviser John Bolton, who has a visceral loathing of arms control agreements – or anything that constrains the US as an international actor”, says a Guardian editorial.

United Commercial Bank of India has started operations in Iran and so have many bilateral banks between Iran and Venezuela, and with Japan, also with China. Europe has attempted to counter the weaponisation of the dollar via a Special Purpose Vehicle, a clearing house allowing European firms to sidestep the Iran sanctions, but has yet to find a country willing to host it. Yet as the French finance minister correctly identified earlier this year, this is not only about Iran but about European economic sovereignty. Such measures, even if symbolic for now, matter as a commitment to the international order and a sign of nascent alternatives to US might.

Unveiling the sanctions, the US secretary of state, Mike Pompeo, had described them as the most severe to have been imposed on Iran and said they were aimed at forcing Tehran to stop its “destabilising activities” in the Middle East, referring to events in Yemen, Lebanon, Syria and Iraq. But Iran had greeted the re-imposition of sanctions with air defence drills in first half of November and an acknowledgement from the president, Hassan Rouhani, that the country faces a “war situation”, raising tensions in the Middle East. The sanctions bring to an end all the economic benefits the US granted Tehran under the nuclear deal, though Iran for now continues to abide by the accord, under which it limited uranium enrichment. But Iranian officials have in recent months made a point to say this could resume at any time, and at a greater speed than before.

Since Iran had accepted in 2015 strict limits on its nuclear programme in return for an end to sanctions that had grown up over the preceding decade, and had unplugged two-thirds of its centrifuges, shipped out 98% of its enriched uranium and filled its plutonium production reactor with concrete, there is a sympathy towards Iran across Asia (except the Saudis, the UAE and Israel) and also in some European nations. Critics also say it is another example of Trump dismantling Barack Obama’s legacy – the Iran deal was his signature foreign policy achievement.

The UN’s international court of justice (ICJ) has already reprimanded the US over its reimposition of sanctions on Iran, ordering Washington to lift restrictive measures linked to humanitarian trade, food, medicine and civil aviation.

The situation is a lull before the storm. However, it is unlikely that Iran will implode, as much as it is impossible for Iran to resist the full adverse impact of economic sanctions. Iran is expected to experience an intense phase of looking inwards and developing domestic economy, trading globally on barter, using etra institutional and innovative ways of trading in oil and natural gas with major friendly nations, and political and social reforms within the nation. Renewed interest in Reformist Movement of former President Khataumi internally, and hyper-active negotiations with China, India, Russia, Turkey, et al externally are signs of the time. After all you cannot just wish away a country that produces 38 lacs barrels of crude oil per day, second highest in the world, using less than half of it internally!

The author is a noted media academic and columnist, currently the Media Dean of Pearl Academy, Delhi and Mumbai, and earlier the Dean of Symbiosis and Amity Universities. This is written after his trip to Iran between November 23 and December 1.